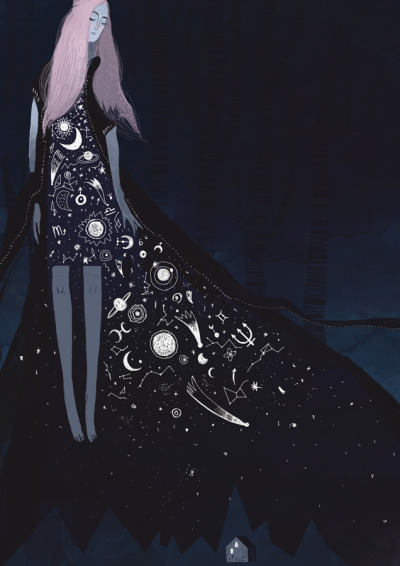 Mothers are not meant to be remade.

This was a truth known since childhood. No simulacrum, no effigy could take the place of the spark that died in late September. I’d seen her dead. I’d touched her lifeless body. That cool, rigid cheek would never dimple from a smile. And she would never rise from that casket outside of nightmares. Dead was dead. But that did not stop me.

“Mother” was a word I hunted. Blood kin did not count. Biology had not granted me the mother I grieved. Madness had taken both the mother I found and the mother who birthed me. “Mother” was what I had to find before that madness claimed me, too.

There were certain things I knew, things a mother wasn’t. I knew the shadow of that Other Mother, that monstrous creature who destroyed and devoured and screamed to the heavens. In dreams, that Other Mother hunched over me, gaunt and terrible, and shrieked at anything that came near.

Other Mother crawled up the walls and panted from the ceiling at night. Other Mother was the phantom with four arms refusing to let me go. Any echo, any effigy of what I needed was jealously destroyed. I could feel her eyes through the baleful gaze of my blood mother, her rage in the curses hissed at me. She was there, riding upon my blood mother’s back. Cold black eyes staring down at me, the same monster who had claimed the mother I’d found and buried so many years before.

And that was the mother I’d eventually come to love, because she was the only mother I would ever truly have.

I approached again and again. When that enraged creature possessed my blood mother and roared, when she drove tears and blood down her cheeks, I pushed forward. When she struck me, threw things at me, hurled vicious words, I ignored it and pushed on. With a cool cloth, I’d wipe her face. I’d clean up the poisons pushed out of her. I’d hold the Other Mother, stare directly into those black eyes, and tell her what she needed more than I did:

“I love you, because you are the only mother I am going to have.”

Other Mother would not answer. Other Mother would stare back, barely comprehending, but allowing my approach. Other Mother accepted my actions with no small degree of confusion; still, she became calmer. Watching like a feral thing as I channeled from the dead those things she wasn’t. And when Other Mother stared into me and saw the reflection of who I had become, she would recede and fade away.

No, you cannot raise the dead.

But you can become them.